However, participants often regard moderators as ‘the expert’, no matter how much we tell them we are not, and so can fail to talk about what they assume to be known or common sense, this is when we need to shine!

We all know how important it is for the moderator to play a role of ‘being naive’, however, having recently re-binge watched a series of Louis Theroux documentaries, it suddenly struck me … what would Louis Theroux do?

Louis Theroux’s documentaries often focus on awkward, hard-hitting, sensitive topics, which can at times be difficult or feel daunting, yet Louis makes it look effortless.

There are two important behaviours Louis Theroux demonstrates, that in today’s need for more agile, quick turnaround research are ever more important, but unfortunately can often be underrated or questioned.

One word that stands out about Louis Theroux is how naive he presents himself when he asks questions. This persona makes interviewees feel like they have to tell him everything, starting with the basics, giving the viewer the clearest picture of the subject that they are talking about, however, at some point in the interview he will switch from asking the more “naive” questions to asking questions which will put the interviewee uncomfortably on the spot, or in our world, bringing our clients objectives into the discussion.

When filming a documentary interviewing ex-drug dealers, Louis seems to almost endear himself to them just by being polite and not overly questioning what they do around him, but instead, takes an unbiased and genuine interest, asking them a few off-topic questions.

This permits him to be more challenging later on in the interview, for example, when one of them starts smoking meth, Louis admits to him “I should be challenging you and telling you not to do that”, instead, Louis asks him if he feels any different now that he is smoking. Imagine if Louis had gone straight in with that question? The response would likely be very different.

Research in a place that’s convenient to participants, on their ground sounds simple, however, the benefit of this can sometimes be overlooked or sacrificed in the need for, quick and agile insights – but how meaningful are these insights if we are not considering our participants?

Participants, where they are comfortable, isn’t just for their benefit. For a researcher, location, body language and environment can help participants feel a sense of being in control, encouraging conversation, and the environment itself can be full of telling details.

Louis Theroux met with a white supremacist, there’s a scene where both are in the interviewee’s car. Louis is in the back seat in a submissive pose, and the interviewee is driving. By being in such a personal space, and with the interviewee literally in the driving seat, Louis creates a situation where his interviewee is in the position of power, and therefore more confident to answer and challenge Louis’ questions.

Another episode, focussing on alcohol consumption, by being with the interviewee and seeing her decision process when buying alcohol, Louis can get a truer insight into the behaviours he wants to understand, seeing it first-hand allows him to dig deeper and ask questions about the behaviours he notices.

Ultimately, these two simple steps allow us to listen to what participants are saying and doing, which allows us to change the way we phrase a question or tackle an awkward subject, helping participants to drop their guard a little, and for us to bring out the real, genuine behavioural insight.

If in doubt – just ask yourself, what would Louis Theroux do? 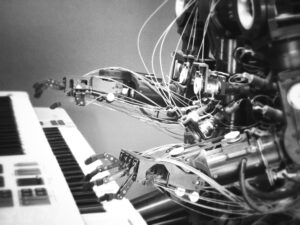 The chasm between humans and machines is rapidly growing closer at a speed that most in the insight industry don’t appreciate. 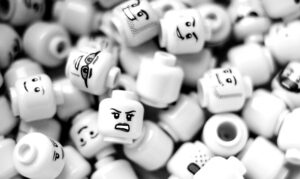 With the toy industry flagging in 2018, the category saw a further slump at the end of last year, with sales dropping by 6% for the second year in a row. 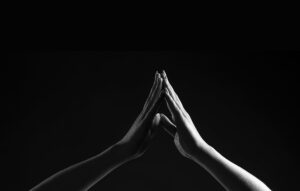 We answer all email and requests as they come in. If you have an urgent matter or would like to place an order please click the link below to give us a call.

We’d love to hear from you. Tell us what you’d like to know more about…

Want to join our team?